We look at Google maps a lot, especially of India. Travelling for the past couple of years together, one thing we have become accustomed to is finding out places to visit and the route to reach them. Even though we have a love-hate relationship with the navigation of Google maps, we tend to return to it out of lack of better options. The AI responsible for showing possible routes to a location is not accurate 100% of the time; taking us on terrible paths quite a few times. Hence, leaving us to figure out the best possible path by carefully examining the map before we go forward with the suggested route.

One day we were looking at the map of Hyderabad and noticed a significant green patch inside the ORR ring of Hyderabad. You can see the area covered by it in the city by zooming out on the map below.
(Google and the Google logo are registered trademarks of Google LLC, used with permission.)

When we zoomed in to find out what it was, we were met with a label that said; “Tatti Khana”. This loosely translates to “Eating Sh*t”. Thinking it was a joke by someone, we laughed it off. As we looked closely at the forest, we realised that this wasn’t a prank; the place was surrounded by localities such as Tatianaram and Thatti Khana. With our curiosity aroused, we set off to investigate!

Haseeb: WE WERE SUPPOSED TO START EARLY

Me: It’s pretty early if you ask me.

With a little delay in the plan, Haseeb and I set off to pick up those who agreed and knew about the plan; Amaan, and those who had no idea where we’re going and what we’re going to do but agreed to come; Arshad. The thing with Arshad is that he knows that I come up with bizarre ideas and convince others to join me on it foolishly. So, he tends to be sceptical whenever I propose a plan because I hide the crazy part of the plan until we’re there. Maybe he still keeps coming because they make up for great stories that he enthusiastically tells others, taking a dig at my quirkiness, humorously. On the other hand, Amaan simply agrees to the wildest of ideas I come up with, even if it seems extravagant/dangerous/impossible.

After picking up Amaan, we reached Arshad’s place where we were served breakfast. Then we started off to Tatti Khana in my wonderful car; Maruti Suzuki Eeco, that took us to Kerala and Ooty from Hyderabad about which we posted on this site. With Google showing us the way to our destination 23 km away, we navigated through traffic and potholes towards our destination. 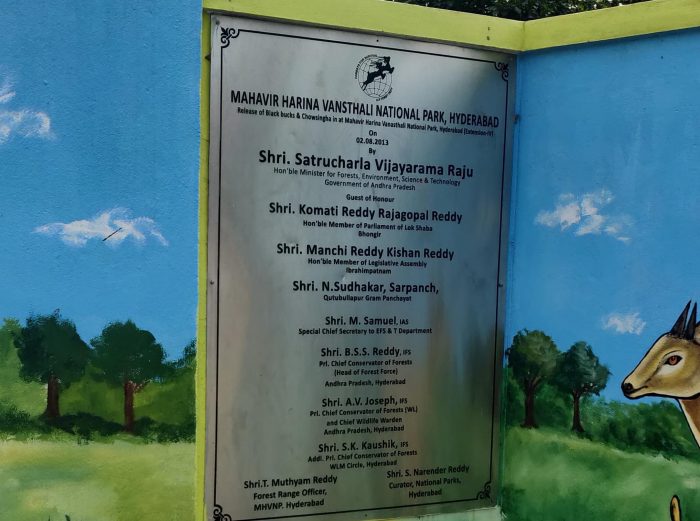 Navigation ended at this place. There was a locked gate with painted walls on both sides and an inscription stone that read Mahavir Harina Vansthali National Park. But the said national park was at a different location on Google maps. We looked around to ask someone about getting in and found some labourers collecting firewood who told us that the place had a different entrance for the public. He told us to go straight and take a right. Therefore we followed his directions and reached a place with a rusted gate with a crumbled fence behind it. After several minutes of contemplating, we entered it.

I’m not saying we entered the national park, *cough* Please don’t report us *cough*, we just went inside a gate and took some pictures of each other. 😛 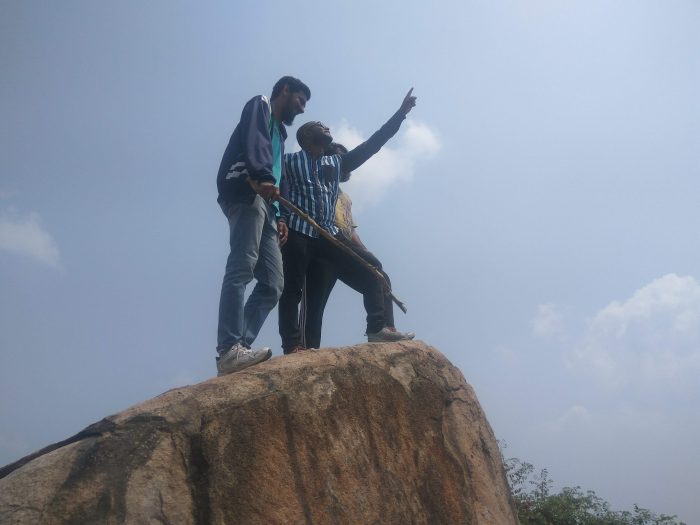 Haseeb, Arshad and I posing on a rock 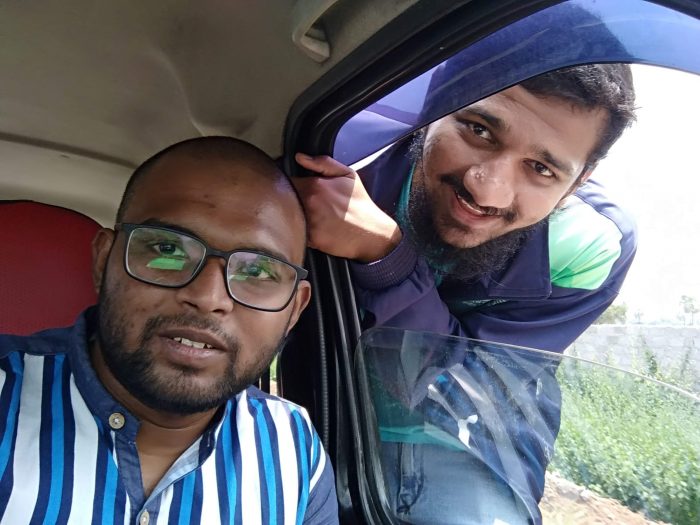 After walking around for a few minutes in the tall dense grass, all around, which made it difficult to walk; we returned to our car. The map said, Vanasthali Hills but there were no hills good enough for a climb. IMO Vanasthali Hills have mediocre hills when compared to Khajaguda Hills. 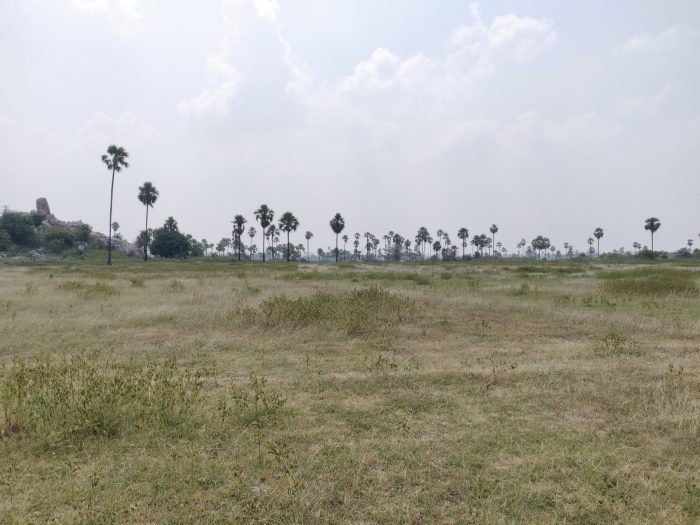 A large lake that looks quite similar to a river called Kuntloor Pedda Cheruvu was nearby. With our love for lakes professed quite often on this website; we had to visit it. 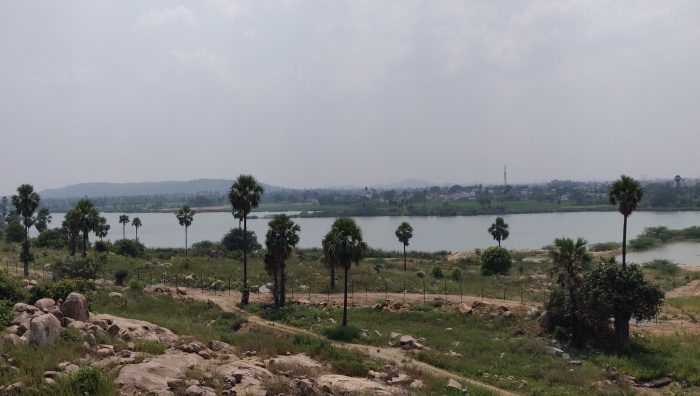 View of the Lake from a hill 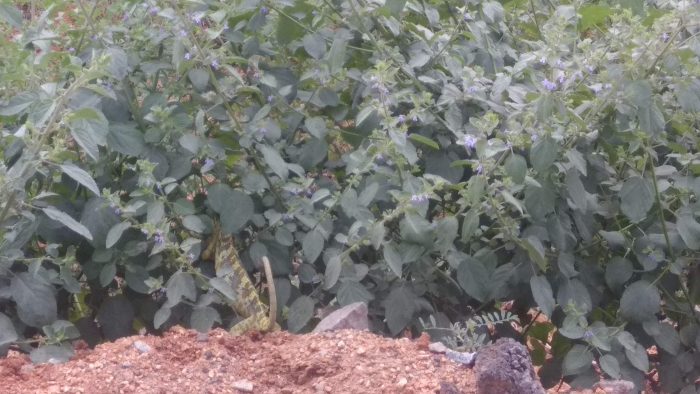 The adventure left us exhausted and hungry. So, we did what a typical Hyderabadi does to complete a wonderful day; eat Hyderabadi biryani. Biryani is 💓