Ananthagiri Hills is located in the district of Vikarabad in the state of Telangana, India. These hills are the originating point to Hussainsagar and Himayatsagar (Hyderabad’s two artificial lakes). Located at about 75 kilometres from Hyderabad, These hills offer densely forested peaks with nature trails, a historic temple & old caves making them an ideal weekend gateway.

Our Story of Escaping the forest of Ananthagiri Hills

They say ‘Bad decisions make good stories‘. We made a series of bad decisions in this hike. We decided to visit Ananthagiri Hills for the first time in our lives on a rainy day. In other words; the perfect time. No regrets. Actually, there is one; forgetting raincoats. Even though it was clearly stated by Ibrahim that raincoats, shoes and Denim were mandatory for this trek (obviously), He forgot his.

Reached Ananthagiri Hills (as stated by Google Maps) after a 2-hour drive from Hyderabad on our beloved Eeco that took us to Ooty, Kerala and many other places. While it may be true that Eeco is a van, not a 4×4, we had a genius idea of trying to take it into the wild(another mistake). No points for guessing; it kept skidding on the mud. We had to get down and push it out of the pit we created with the tyres spinning. At this point, we knew we had to begin our hike before we get smarter ideas for the car. Hence, Disembarked the car and started putting on the gear; Shoes and raincoats. But, not Ibrahim. He had to make do with the things available in the car’s trunk; Prayer mat. We Indians are great at ‘Jugaad’. 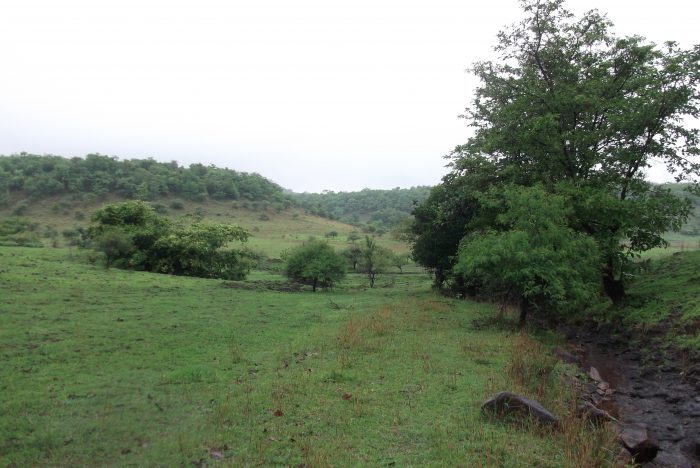 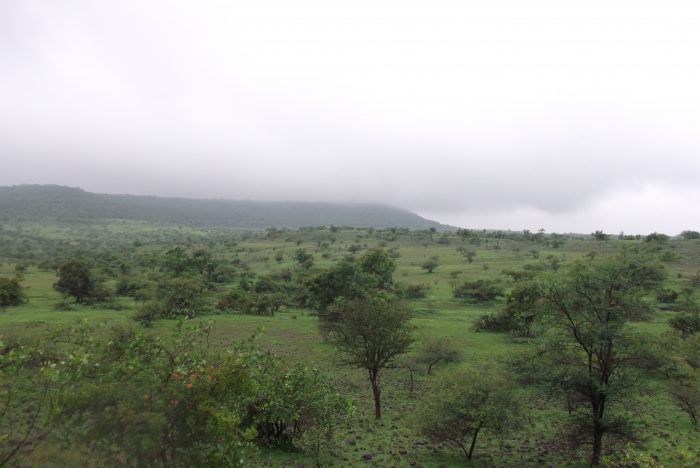 Cloud atop a mountain.

It was drizzling and the soil was wet which made us realize our third(or fourth?) bad decision; sports shoes. Now, we had to be extra cautious while walking. Again, no points for guessing, we slipped and fell all the time.

With no destination in mind, no summit to scale, and of course – no plan, we wandered in the hills. At least when we came across a stream which was originating from the foothills of 3 different hills, we had a plan; follow the stream. So we followed it for some distance and saw how it gradually gained volume and also its depth increased to a few feet.

Moving along the stream

The water was crystal clear, cold and fresh. Therefore we did what adults, with a kid’s heart, would do when they see water; indulged in water play. Even though we so wanted to drink that water, we couldn’t. As it was the month of Ramadan and we were fasting. Trekking while fasting; terrible decision.

In spite of our fast, we continued our trek. Soon, found a crab on the river bank and played with it for some time. The stream ran its course into the thickets of the wilderness. 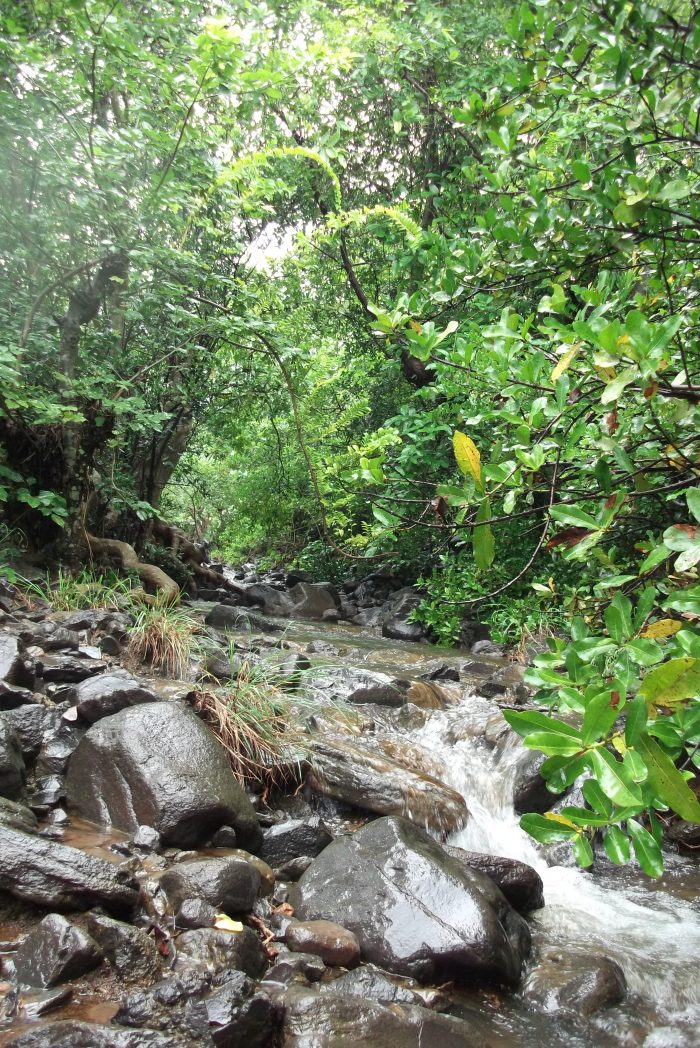 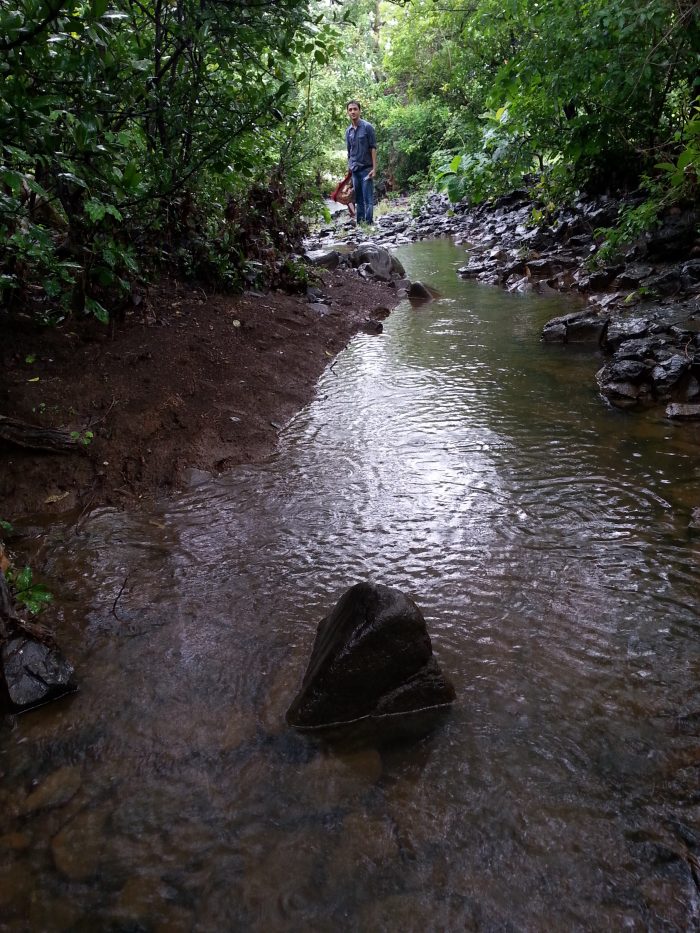 Sauntered slowly down the chilling water of the stream manoeuvring over the slippery rocks, in the hope of finding a road. 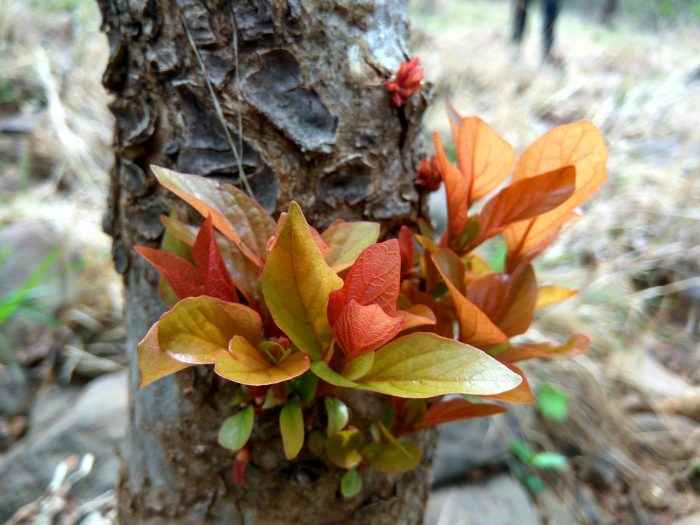 Leaves regenerating on a branch. 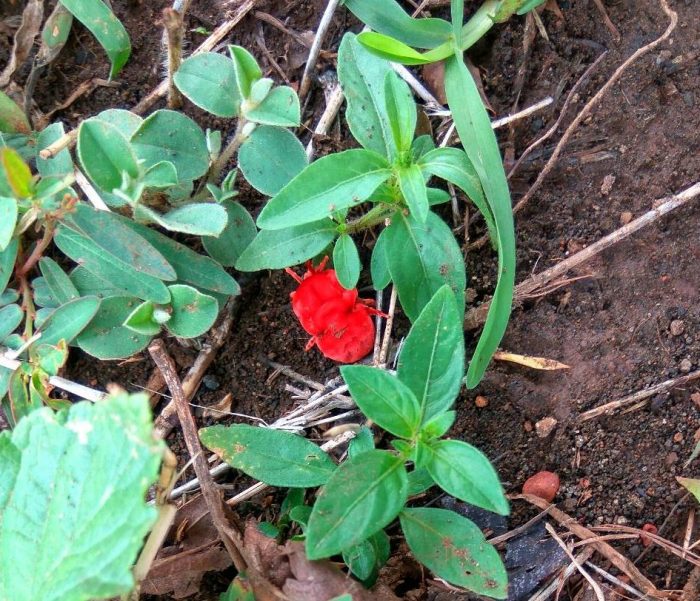 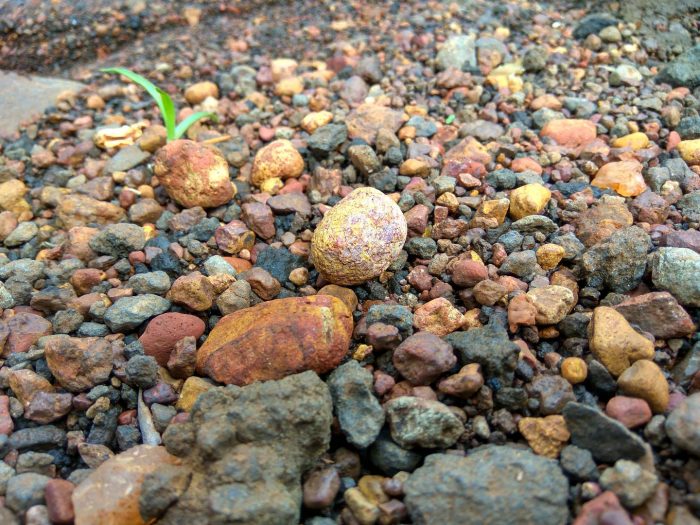 Didn’t find any road but did find some captivating natural things. Mobile phones showed no signs of cellular connectivity, no longer had the assistance of GPS. Had to admit that we were lost in the hills. 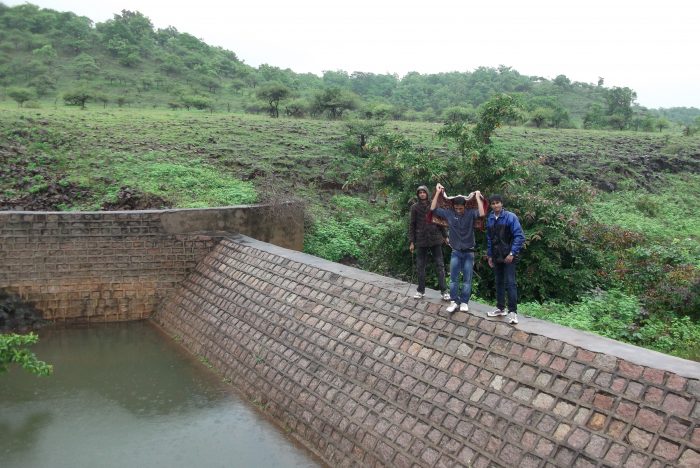 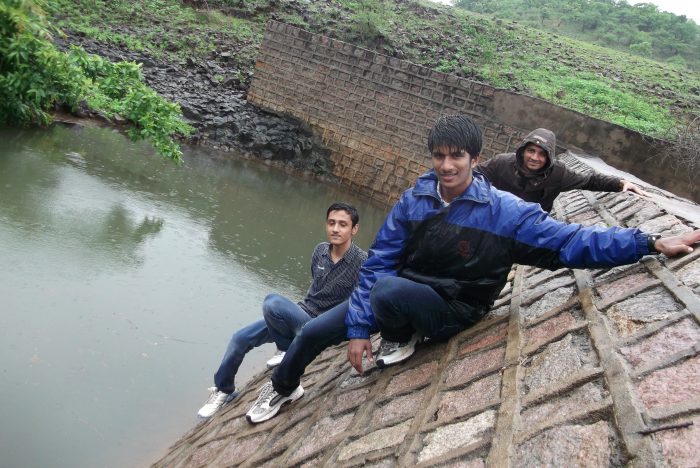 Still followed the stream as Bear Grylls used to find human life following rivers in the wild. Came across a check Dam, posed for pictures. 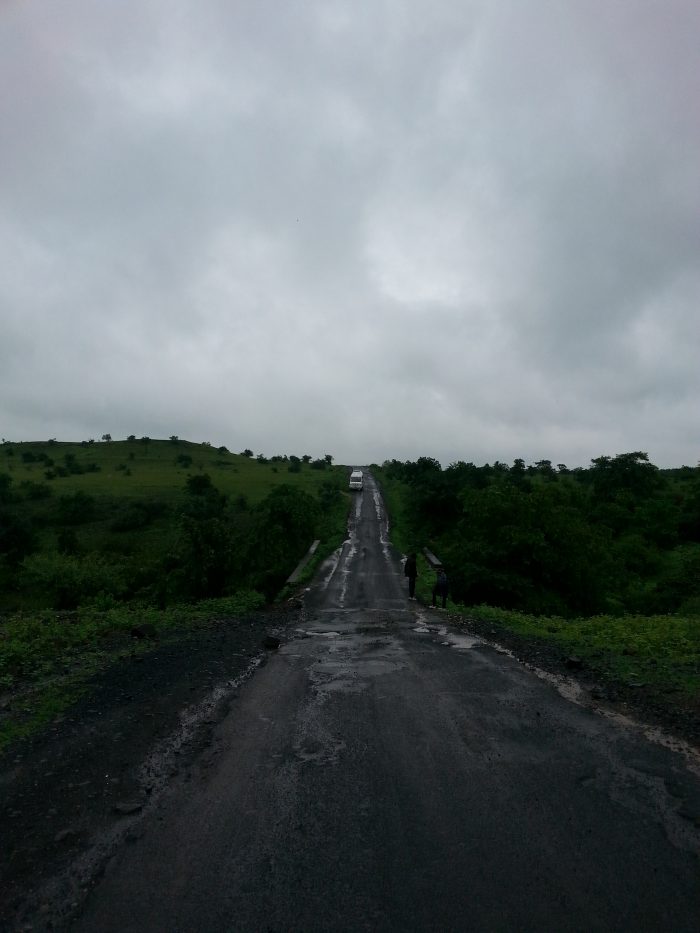 After scaling 3 hills and covering some miles, We found it; A road! Speaking to a local, got to know that we were nearly 3 kilometres away from the nearest village, Kerelli. 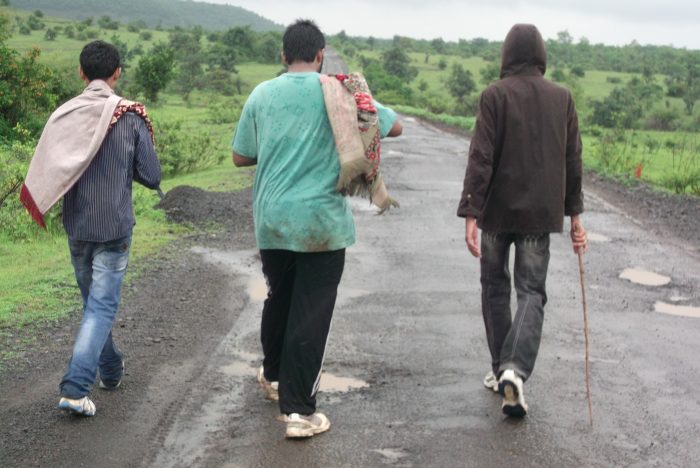 Walked all the way to Kerelli, took an auto to the start of trekking point. Never have we ever waited for Iftar this eagerly in life.