After the barbecue party on Saturday, we had another day of the weekend to do something with. After some middling online search and sterile discussion, which made Haseeb fall asleep, we came to the conclusion that we were going to keep it simple; go on a drive and look at places that didn’t require much effort to reach. Spoiler alert – it didn’t go according to the plan.

For this week’s exploration, We started at 9:30 am from our homes in Abdul Rab’s car and stopped for breakfast at 10:00 am. 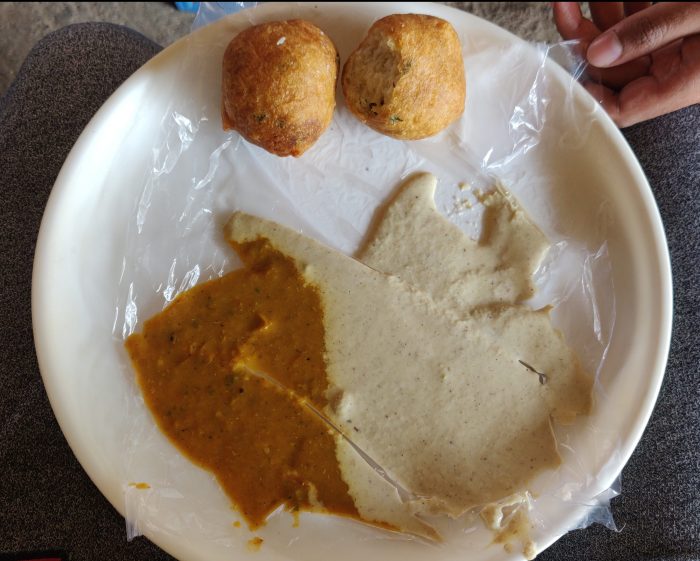 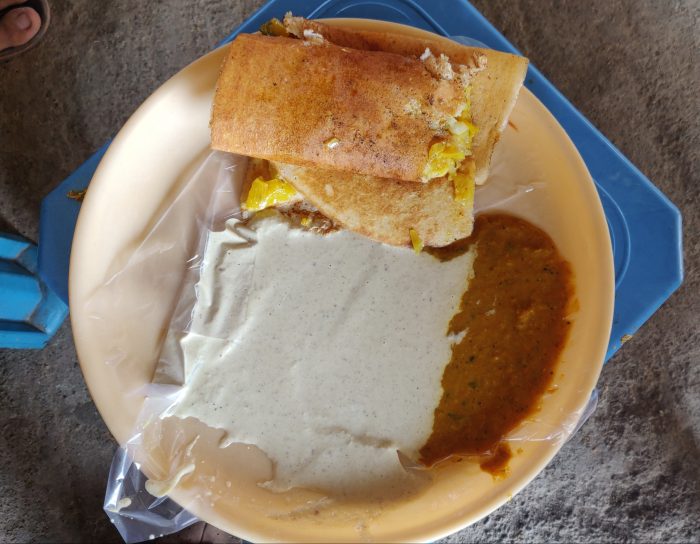 After having stale Mysore Bondas that could’ve given our stomachs a reason to be upset, we set off on the highway, again this week. We have been on this highway for our Ooty trip and also for our Kerala trip.

Probably wanted people not to urinate there

Entrance to the mini zoo and temple

According to Google, Pillalamarri is allegedly a 700-year-old banyan tree that seems to be spread over 4 acres making it a major tourist attraction for Mahbubnagar. There is also a museum, mini zoo, children’s park, deer spotting area and a temple.

Entry would cost an adult INR 20. We were handed back the INR 200 note, that we gave the cashier, objecting to the validity of it since someone had written something on it. Our repeated requests did not budge him. In the end, we learned that new notes(post-2016) with anything written on them are worthless at certain places even though RBI has said otherwise.

The big banyan tree cannot be accessed directly. There is a footbridge that serves as a watchtower to view the banyan tree.

I wonder how we got such close pictures of the tree that day. We certainly couldn’t have jumped the fence to go close. We would never do that 😉

Then, it was time to go to the mini zoo park. It had birds and snakes that you had to figure out; which species they belonged to. Since none of the cages/enclosures had an informational poster. Also, there was a crocodile enclosure, I think. Or was it alligators? I don’t know. Apparently, you cannot even expect to be told the name of the animal, if you’ve paid only 20 rupees.

After the disappointing zoo, we went to see if we could ‘spot’ some spotted deer. We saw some hungry deer that also chewed on plastic wrappers thrown by irresponsible morons.

Abdul Rab wanted to see a lake. As the mini tank bund was en route(slight change) to Khilla Ghanpur and the car belonged to him, we visited the lake. 😛

Breathed in the fresh air, clicked some pictures and left.

A heritage site with a fort on its hills that require quite a bit of effort to reach. Tall hills like Tiger Hill. Our story started here trying to figure out how to get to the foothill of the fort hill and begin our ascent.

Sundays are market days and the village was flooded with people from neighbouring places. We had navigation turned on, which led us to the village and gave up. With no sign boards to tell us where to ascend, we were left asking residents of the village where “Khilla” was. Even though they told us the way, we would still get lost and kept asking around.

“You will find a big tree with a lane next to it. That’ll take you to the Khilla”, said a resident. But we couldn’t locate that “big” tree and roamed around the village grabbing a lot of attention from residents of Khilla Ghanpur.

This is the “big” tree

Finally, found the lane and parked the car outside because it was too narrow for a car. As we exited the lane from the other side, there were two paths; one going up in the form of a stairway and the other a regular path. We took the latter because we thought the former was for temple goers and the latter led to the fort. The latter path twisted and turned around the stairway path. Later we learned that both led to the fort and temple. Temple was en route to the fort. Thus, we switched to the stairway.

The stairway was for people on foot and the other was for vehicles. The twisty path is a challenge to ride/drive on. Because of soil erosion, the path has massive pits with a plethora of stones; perfect to test your off-road vehicle.

How to reach the fort?

Although we were out of breath, sweating and tackling the heat from the sun, the rewarding view was promising us with better things to come and made us continue our climb. During our ascent, we met a gentleman who was coming down the hill with his family. We enquired about the path to the fort and he told us the complete route –

As we crossed the first gate, we had to stop to catch our breaths. It felt like our hearts were beating in our throats.

There was a stream of water flowing through the gates in which we washed our faces and hands. A few minutes of rest later, we continued our climb.

After walking past the etched rock, we couldn’t find the path that led to the pinnacle.

Met some goats along the way

Tried looking for the path

The path began to descend

There was no point going down

Started wondering what to do next

Sat down exhausted and clueless

None of the pictures above was dramatized. We were left puzzled about our efforts put into reaching that point. Did we suffer so much to turn back at a point where the path goes downward?

While we were contemplating our next move, a shepherd crossed our path. He had a dog with him that followed him. We asked him about the path and he told us about a pond on the top of the hill from which the stream of water was flowing. So, we abandoned the fort plan and headed to the pond instead. The shepherd’s name was Ram and he claimed that the water in the pond is drinkable.

Ram was very quick and agile. He could climb with ease in his slippers. Whereas we had to run in order to catch up to him. His dog followed us all through the trek.

We passed a lake that was definitely not drinkable to reach the top of the hill where we found cold water in a cave and made all the struggle worth it. The cave was cool and serene.

There were frogs swimming in it. Prompting us not to drink the water. Even though we didn’t drink from it, we washed our faces and hands. It felt like the cave pulled out our exhaustion and put new life into us. We thanked Ram and started our return.

A friend in Wanaparthy invited us for lunch which became dinner by the time we reached his home. Thank you, Ikram. You’re a sweetheart <3