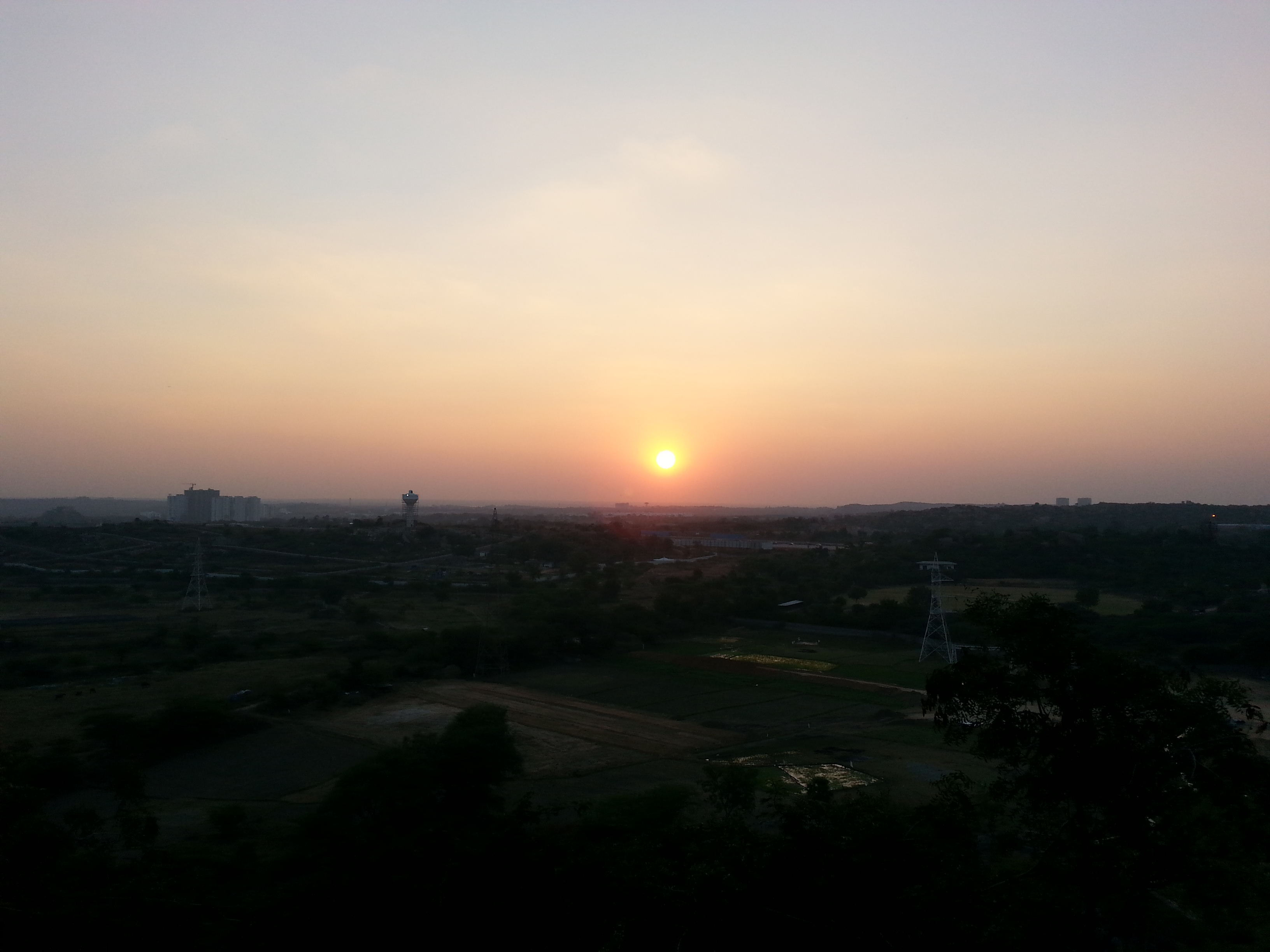 Khajaguda is a village in the vicinity of IT suburb of Manikonda, Hyderabad in the state of Telangana, which houses a handful of hills with piles of boulders conveniently called Khajaguda Hills. These hills in addition to boulders encompass a lake and numerous amazing caves. Rock climbing, Hiking, Chimneying, Rappelling are common activities that are undertaken by visitors. Khajaguda Hills is close to the urban city of Hyderabad and attract several adventure seekers for weekend getaways. 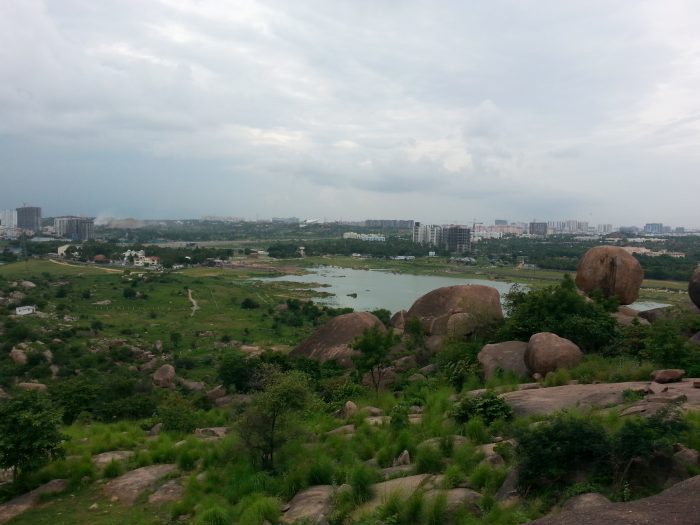 View of Khajaguda Lake from the hills 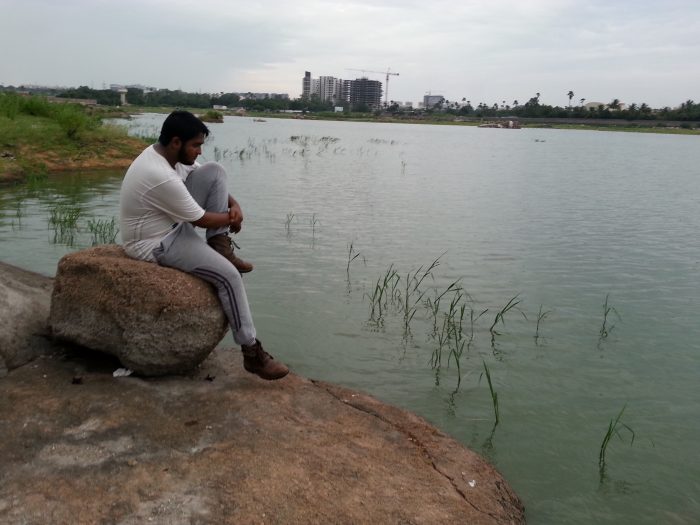 Pondering at the lake

Starting the hike at Khajaguda Lake towards Khajaguda Hills

It is nearly a 4-hour hike. We began our hike from the west direction as the Khajaguda Lake lies in this direction. Some heavy construction was underway near the lake endangering the beauty of the hills. The area between the lake and the hills is sometimes a wetland that’ll certainly cover your shoes with mud. Wearing sports shoes might cause a slip and fall.

As we started walking on it, Our feet were sinking-in up to a few millimeters. Nevertheless, We continued our hike but at a slow pace.  Different species of plants and cacti are scattered over this area; be careful not to get poked by them. 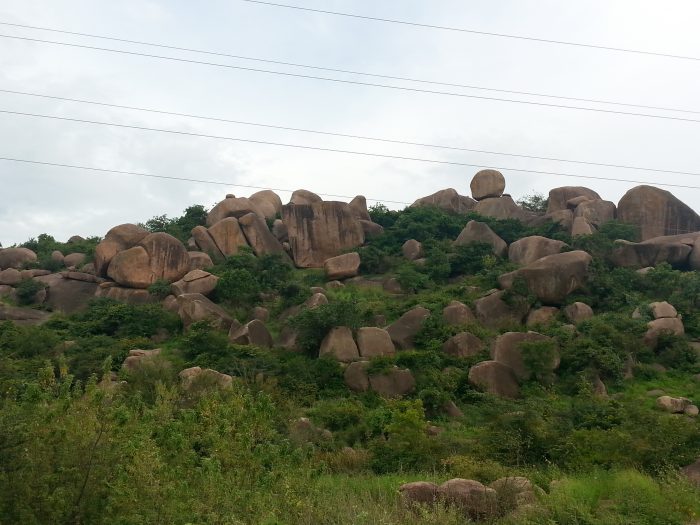 Foot of the hill 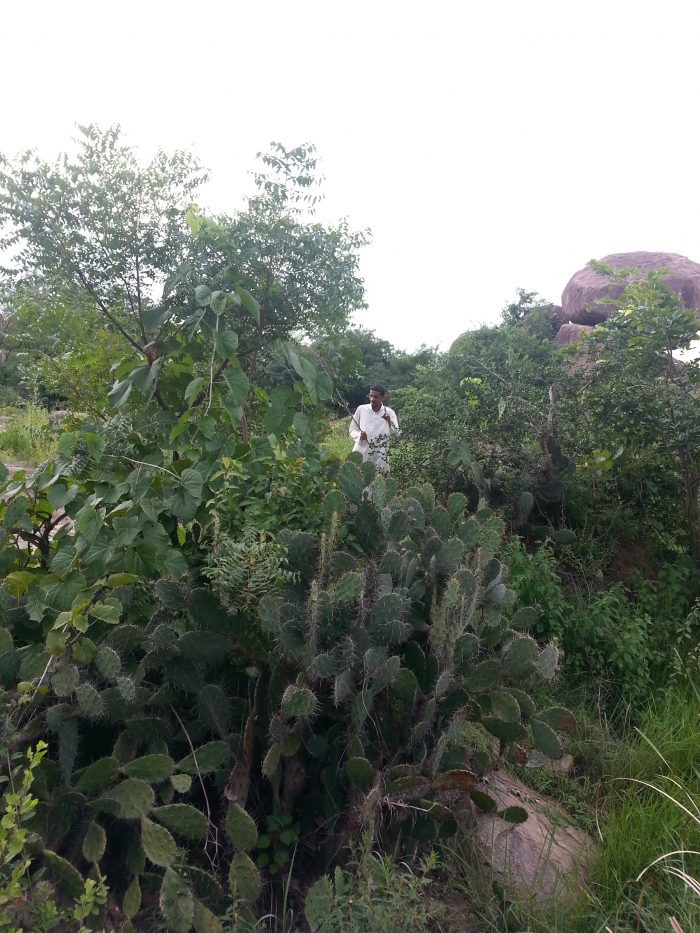 When we reached the foot of the hills, we selected our summit point – biscuits. Since the boulders on the top of the hill resembled biscuits stacked on one another, We named it ‘biscuits’ and went to have a taste.

Choosing a leader for the hike is very important to avoid dispute and bring harmony. After deciding who will be leading the group and who will be trailing, formed a line and started walking towards the hills. A small stream of fresh water was flowing at the foot of the hill from the lake towards the crops where we washed our faces and splashed water on each other. 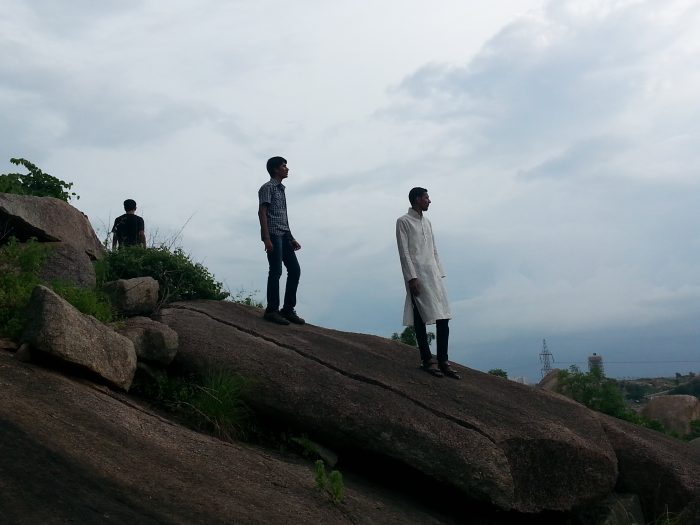 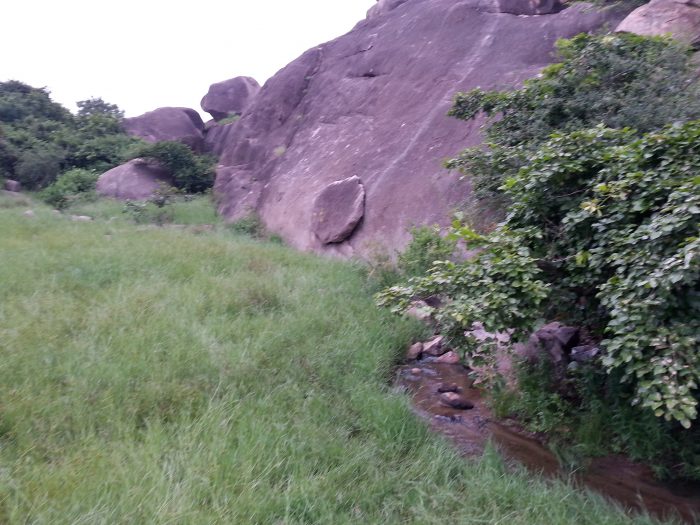 Reached the Summit of Khajaguda Hills

It took us 30 minutes to get to the summit after climbing the rocks, passing through crevices, forming chains and helping each other get to the top. The view from the summit was picturesque. We sat there looking at the sun change its colors from yellow to orange to red in admiration while the cool breeze dried out the sweat on our bodies. Gazing at the sunset filled us with a sense of serenity. 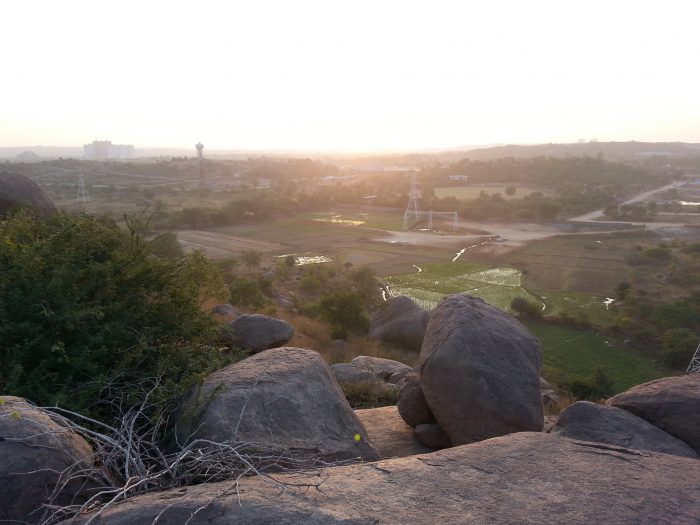 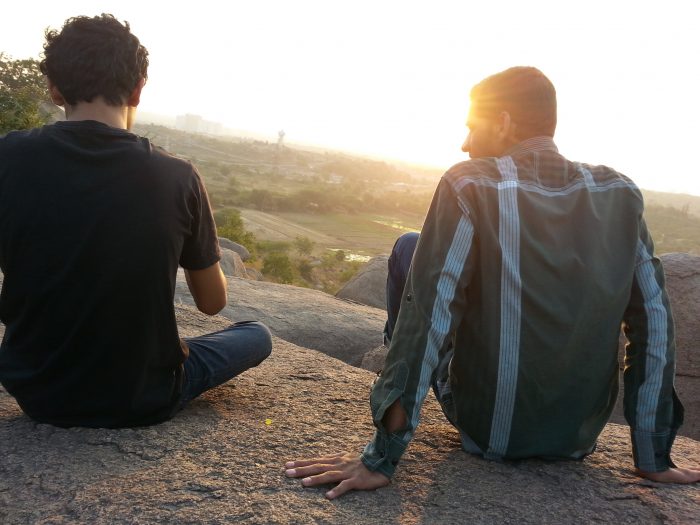 Returning from the summit of Khajaguda Hills

Before it got dark we had to climb down. Descent started through the same route we climbed on. It was fairly quick but dangerous than the climb as we tend to move faster downward. We made it down in time with peacock feathers we found along the way.

If you love lakes as we do, please check out our visit to India’s first Biodiversity heritage lake – Ameenpur Lake.